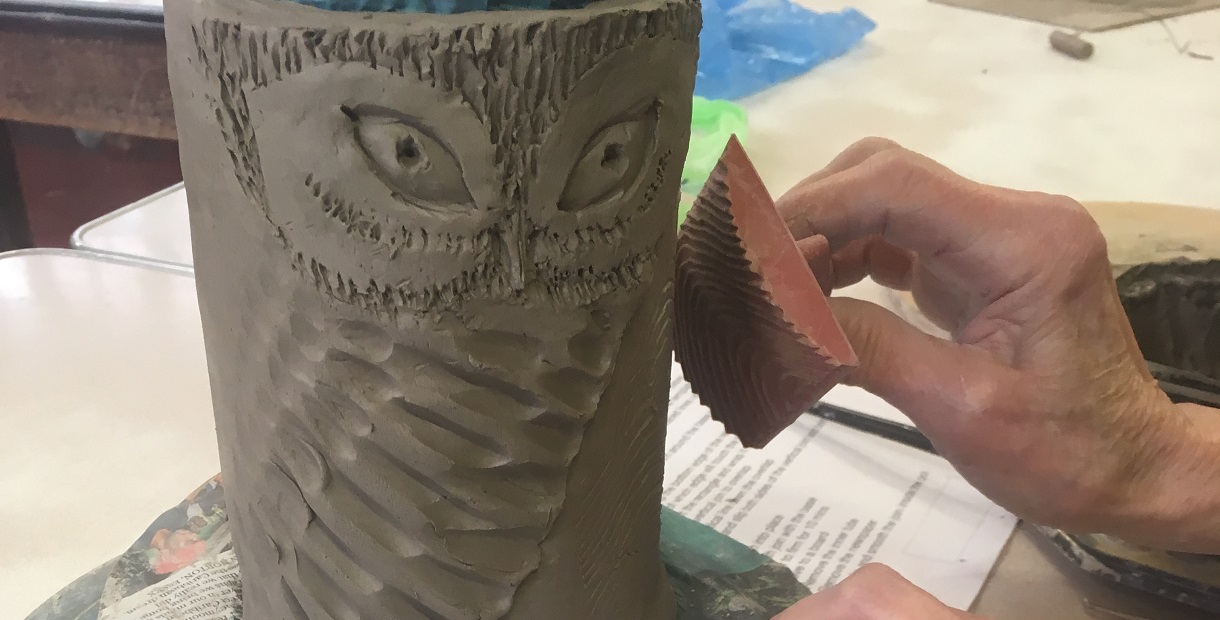 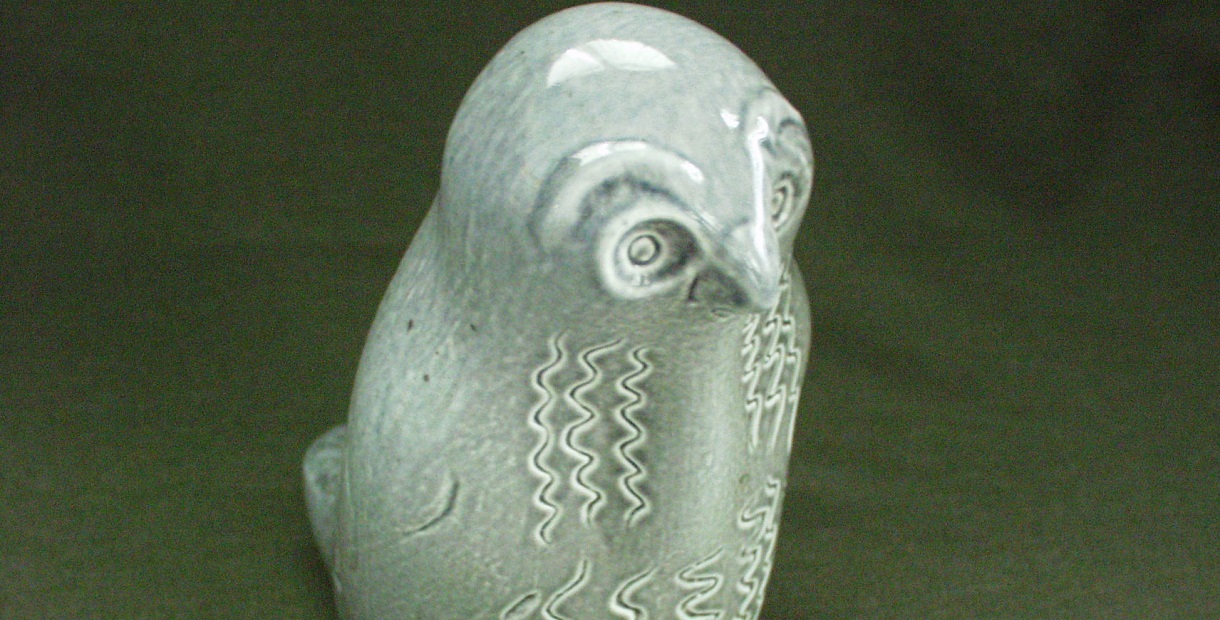 In the past Chesterfield was famous for its pottery production and the William Gordon pottery, in Brampton, was at the forefront of more artistic pottery design during the early 20th century.

Students of the pottery class, launched at Clay Cross Adult Community Education Centre in September 2019, have designed and produced pieces inspired by a William Gordon pottery owl, part of the collection of William Gordon Pottery held at Chesterfield Museum. The exhibition is a fantastic opportunity for the potters taking part in the new course to display their work.

The owl figurine was chosen to act as the inspiration for the students first project by pottery teacher Clare Gage when the owl, on display as our object of the month, really caught her eye. Clare could see so many possibilities for how students could take inspiration from the owl and she loved the fact that the group would be connecting with local history.

The ceramicist William Gordon came to Chesterfield, motivated because of the expertise of the Brampton potteries in producing saltglaze ceramics, and worked with Briddon Pottery in Brampton in the 1930s. He went on to run his own pottery on the site - producing unique ceramic pieces - until 1956. Gordon was a fascinating individual and a truly creative designer, whose approach to pottery was described as ‘that of a sculptor.’